We saw the solar eclipse today. We started in Columbia SC. and drove north because the cloud cover was predicted to be better. We stopped in Newbury but Carl wanted to continue north. We then veered east a little closer to the line where totality would be the longest but it was a little town, more like a wide spot in the road. Not a lot going on and we didn’t see any public restrooms, so we moved on.

We ended up in Clinton. We found a dirt parking lot with a bunch of other people. There weren’t the throng of people at this small town that the news people predicted. Across the drive from where we parked were people who had driven down from DC. Near the center of the parking lot, where it was paved, there were a row of Porta-potties. People had brought their lawn chairs and umbrellas. There might have been activities going on, on the paved part but, except to go to the bathroom, Carl and I stayed by our car. We had stopped at Walmart before we left and had plenty of snacks and water. As we were waiting for the eclipse to begin, the clouds began forming.

At one point it looked like we wouldn’t be seeing anything. But then the clouds would part and we’d see the sun again. Just moments before the eclipse started a gentlemen from England, David, walked by and asked if we had any extra glasses, which we did. We also offered him water and he stayed with us until the end. Once the eclipse began the sun and clouds continued to played hide and seek. There were times when we could see the sun easily and times where we couldn’t see it at all. Just 6 or 7 minutes before totality a bunch of clouds showed up and it looked very iffy.

But as it got closer to totality the sky around the sun cleared. We could see that the light seem to get weaker and weaker. We were awed that with 95% or more of the sun covered it was as light as it was. But at the moment of totality it was like someone flipped a switch. It was dark.

We could see what looked like a high lens flare come from the edge of the sun just as totality occured. That’s what they call the “diamond ring.” The flare was unexpected and so bright. I shouted, “Can we look now?” It was incredible. And then, just like that, the sun looked like a black hole in the sky with the corona all around it.

All of a sudden we could see Venus on one side and Jupiter farther away on the other side. Everyone cheered. The feeling that came over me is indescribable. Tears welled up inside. To be able to look at the sun and see a black hole in its place and the corona around it was awesome. Full of awe.

The cicadas started singing when the sun was 90% or more covered, and could be heard at their loudest at totality. I saw a few robins fly by during totality as they headed for their roosting site. Street lights came on. “Oh my God,” and,” Wow,” could be heard from the crowd. Or maybe that was me talking. I looked around and the ambient light looked like it was an hour after sunset. But then I looked up again and I could see this completely black hole in the sky with a bright glow around it where the sun had been only moments ago. Something I’ve only seen in photos. And although I’ve seen photos, to look at a total eclipse in real life is simply indescribable. In a few short moments, just over 2 minutes it was over. A flare was emitted from the sun again, another “diamond ring” and the light returned as though someone turned the light back on. Most people stayed for only a few minutes longer. Then they started to pack up and leave. The event that brought them all to this one place was over. David stayed for quite a while with us. He was grateful to have had a chance to share this moment with someone. This was a moment that needed sharing. It was a moment that couldn’t be witnessed alone. I was glad he found us and that we had eclipse glasses to share with him.

Carl wanted to stay until the end. But when there was just a very tiny piece of the moon covering the sun Carl was ready to leave. To leave with just the end of the eclipse still visible in his mind. 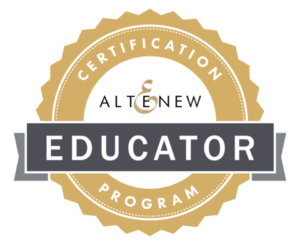